How much should a development director raise? It depends. 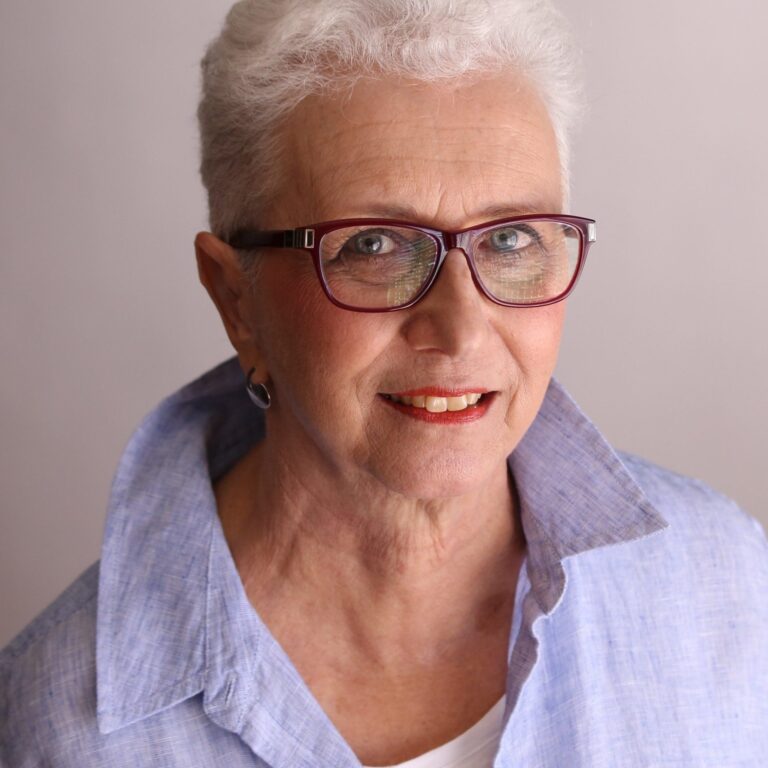 Ellen Bristol, President of Bristol Strategy Group, is a nonprofit thought leader in fundraising effectiveness and nonprofit management optimization. She has a passion for helping small to medium sized nonprofit organizations, NGO’s, and social enterprises build and grow fundraising capacity, adapting classic principles of the process-management discipline to this all-important strategic function.

However, that doesn’t mean you have to be in the dark about where to set expectations. A lot of factors will influence how much a development director should raise – and we’ll dive into them below:

And That Impacts How Much They Should Raise

Before you decide how much your development director should raise, think about what that title means in your organization – which will likely change based on the relative size of your organization

Many smaller nonprofits have a single employee with the title of development director. But the title alone doesn’t really tell us what that employee is expected to do. Raise major gifts? Run all fundraising activities from the annual fund to corporate relations? Write grant applications?

It’s OK with me if your development director does all that, although I would hope they had achievable performance targets, and you don’t keep throwing new tasks at them, like another golf tournament. If their job description and performance expectations are not achievable, something(s) will not get done, the staff person will be miserable, and they will likely quit on you.

That’s not to say it’s a bad idea to have one employee; just to say, lay out reasonable expectations (which is why it’s a good idea to know how much they should fundraise and communicate that!). One person can only work so hard for so long before their fangs grow.

In the larger, and largest, shops, the title “development director” most likely means the employee in charge of everything related to generating income. Or maybe the “development (or advancement) director” is only in charge of individual giving and oversees staff working in philanthropy. Sometimes the title for that senior-level employee is Chief Development Officer.

If the shop is relatively small, the development director probably does quite a bit of fundraising, while overseeing the work of the rest of the team including foundation and corporate relations.

Yeah, I’m confused too. Especially because in Europe, many other parts of the globe, and even sometimes in the U.S., the title “director” means “manager.” Managers are responsible for the performance of other people, not just themselves. Even directors of the governing board are responsible for the performance of the Executive Director or Chief Executive Officer.

Before moving on, please decide where your development director falls on the spectrum of responsibilities I’ve outlined above, ranging from the teeny-tiny one-person fundraising department to the employee who manages a cast of dozens or hundreds. If you’re on the teeny-tiny end of the spectrum, your income requirements will be lower, and vice versa.

What It Costs to Realize Your Vision

Now we must discuss what it costs today, next year and X years from now to fulfill your vision.

This is where the pro forma budget comes into play, a concept familiar to Chief Financial Officers and accountants. This is a “what-if” budget showing how much it would take to run your operation if the organization needed to expand or shrink.

For example, let’s say you currently serve 500 clients, and you want to serve 5,000 instead. A pro forma budget would help you think through the total amount required to operate the business based on how much it would cost to operate at a future point, once you have acquired the facilities, staffing, technology, marketing and so on to serve ten times the number of clients you serve today, or done something else future-y.

A good pro forma budget requires thinking through all anticipated costs of the expansion, plus enough cash reserves to carry you through unforeseen disasters, like a pandemic, for example.

By the way, good pro forma budgets tend come in packages of three or more, to accommodate the what-if scenarios. 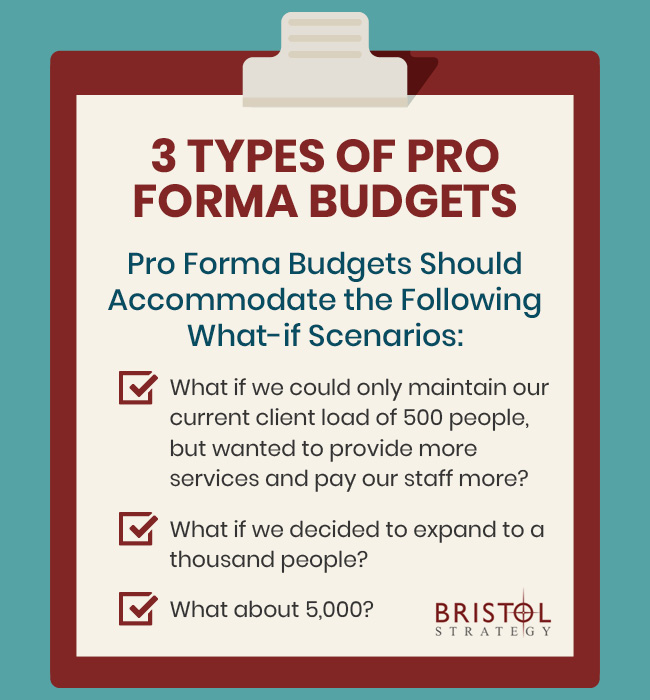 How much would each scenario require, accounting for more staff, facilities, equipment, supplies, and snack food?

Here’s what you need to do:

Money that’s Already Committed to You

Multi-year giving is wonderful, isn’t it? If you have funding sources that are guaranteed for the next few years, your development director’s fundraising target will be a little less difficult to reach. Here are four examples.

Note for smaller nonprofits: Building an endowment and creating long-term underwriting commitments from corporate partners are fantastic options for mature organizations with lots of staff, a donor base with considerable wealth, and the vision, ability, and confidence to make a huge impact. Smaller nonprofits should avoid these options until they have grown to that point.

If you’re running a grassroots or startup nonprofit, put endowments on the shelf as something to tackle later, if ever. Your nonprofit needs cash to pay for operations and start a modest cash-reserves fund today. To build up long-term financial income, start with multi-year grants, recurring gift programs, and any version of individual giving from annual fund to major gifts.

A cautionary note – long-term commitments of income are contracts, but contracts can be broken. The grantor may run out of money. The corporate partner might go out of business. The planned giver might lose their wealth due to a Madoff-like scheme. The heirs might argue over the donor’s will and delay the distribution of the money forever. The government that made the multi-year grant might change their policies due to a new administration. The recurring donor might just cut off their credit card. That’s why you need to set aside enough cash to carry you in case something awful happens.

So How Much Should Your Development Director Raise?

OK, I lied. There is an answer to this question. Your development director should raise as much money as you need to meet your expense budget every year, including cash reserves and excluding the money you can already count on from endowments, pledges, multi-year grants and multi-year corporate commitments.

If you’re planning to expand your operations, leverage the pro forma budget to set your development director’s fundraising goals, in addition to the annual expense budget.

So next time somebody, like a board member, asks, “So tell me. How much should our development director raise?” you have an answer.