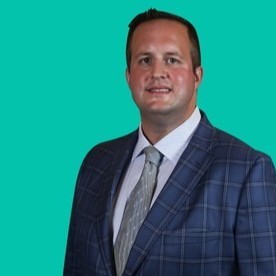 Nick Black is the CEO of GoodUnited.

If you’re running on a tight staff, you may be wondering whether Facebook fundraising is an effective use of your team’s time. Today, Nick Black, CEO of GoodUnited, is writing about how to utilize social media fundraising effectively to connect with donors and reach your goals.

If you search the term “Facebook fundraising” on Google, you’ll find informative articles about how to use the platform’s fundraising tools. However, you’ll also find opinion pieces about how the platform isn’t a worthwhile investment of staff time for nonprofits to make.

Some of these arguments are based on the fact that Facebook doesn’t provide a significant amount of donor data due to the platform’s privacy agreements. Others argue that the platform isn’t an effective channel for building relationships with supporters.

On the other hand, we’d argue that Facebook fundraising is well worth your staff’s time and energy. Even further, organizations that aren’t seeing a great return on their efforts haven’t been using the platform to its fullest potential.

At GoodUnited, we specialize in helping nonprofit organizations raise their relationships with their supporters using Facebook’s fundraising tools. Through that work, we’ve discovered strategies that nonprofits can use to help staff members use their time on the platform more effectively and build stronger connections with each individual supporter.

We’ll discuss this topic in depth through the following points:

If you’re like most mid-sized nonprofit organizations, your Facebook fundraising strategy likely includes some combination of the following:

For most nonprofits, Facebook fundraising is a more casual, user-led fundraising channel requiring little additional intervention from the organization itself. These organizations focus on more traditional social media strategies, building up an audience before sending that audience elsewhere (such as to their website) to continue engaging.

This traditional approach isn’t necessarily bad, but it’s far from the most efficient and effective way to use Facebook fundraising in your strategy. Let’s see why.

Problems with the Traditional Strategy

The strategy in the last section— a more casual approach to Facebook fundraising that involves little nonprofit intervention— comes with the following glaring obstacles:

What it comes down to is this: more traditional, stand-by Facebook fundraising strategies may be active, but they’re not proactive as far as leading to meaningful engagement with your supporters and ongoing growth for your fundraising strategy. So, what can you do instead to meet your engagement and fundraising goals on Facebook?

Facebook fundraising is evolving, with in-channel engagement taking center stage. Now, rather than using Facebook as a tool to build an audience, drive that audience to your other more “valuable” platforms, and maybe raise a few dollars in the process, the focus is on keeping supporters on the original platform and fostering relationships with them there.

Rather than using Facebook as a broadcasting device and simply sending out posts to your audience, shift your attention toward using the platform as a one-to-one communications tool. With Facebook, you can create online communities for segments of your audience, converse one-on-one with supporters, and even automate some of these efforts to save your team’s time.

When using Facebook fundraising in this manner, it functions as a prospect research tool, fundraising tool, and donor stewardship tool all in one social platform— allowing you to raise your relationships with the next generation of social supporters and build meaningful connections that last.

This new direction for how organizations use Facebook fundraising requires some flexibility and willingness to learn from your team. Let’s walk through three strategies you can use today to adjust your Facebook fundraising approach and place a focus on raising your relationships with social supporters in-channel.

Did you know that you can converse with your nonprofit’s supporters one-on-one through Facebook Messenger, just like you would with friends, family members, or colleagues?

In the above image, you can see some of the possibilities for using Facebook Messenger to connect with users who started fundraisers on your behalf, group members, or even simply those who follow your nonprofit’s Facebook page. With Messenger, you can share all of the following:

The greatest perk of using Facebook Messenger to connect with supporters is that you can stay in touch with users who start fundraisers long after their campaigns end. Use the channel that they’ve already chosen to interact through— Facebook— and continue growing your relationships with them throughout the year.

This is inherently more efficient for your team, as you have a chance to retain the many supporters who start fundraisers on your behalf rather than losing them after a single campaign. But first, you need to invite supporters to connect through Facebook Messenger. One way to do this is through Facebook Groups.

The COVID-19 pandemic revealed many things about fundraising and nonprofit operations. For example, while many organizations found patchwork solutions to convert in-person events to become digital, the community built through in-person experiences is priceless and essential when it comes to creating a positive experience for supporters.

To emulate that, consider creating Facebook groups for segments of your audience— such as volunteers, advocates, users who start fundraisers, and users who are attending a virtual event.

According to this GoodUnited guide to virtual peer-to-peer fundraising, you can do all of the following from within Facebook groups:

In the last section, we focused on how you can foster connections with supporters one-on-one— but with groups, you can take that a step further and encourage supporters to forge a connection with one another, creating a greater community surrounding your mission.

The two strategies we’ve discussed so far make Facebook fundraising a more effective use of your team’s time, setting you up for growth in both relationships and funding over time. However, they also require additional tasks— using Messenger and managing groups— to be added to your team’s probably already-heavy workload.

There are now turnkey social fundraising solutions that give your team the people, processes, and technology necessary to grow relationships with Facebook supporters at scale— from automated messaging sequences to full group management. With these services, you can remove the task of managing your nonprofit’s Facebook fundraising strategy from your team’s workloads, so staff members can focus on what really matters— connecting with supporters.

To wrap up, the future of Facebook fundraising requires a concentrated focus on building strong relationships with individual social supporters. With one-to-one messaging, Facebook groups, and even automated messaging solutions, your nonprofit will be able to scale up your efforts sustainably and raise your relationships through the platform. Good luck!

Thanks so much to Nick Black of GoodUnited for this excellent guest post. So many people already follow you on Facebook; so many more could – especially if you leverage your presence according to his strategic recommendations. It’s not easy, and requires effort, but that’s what it takes to build a strong, resilient, and sustainable financial base for your nonprofit!